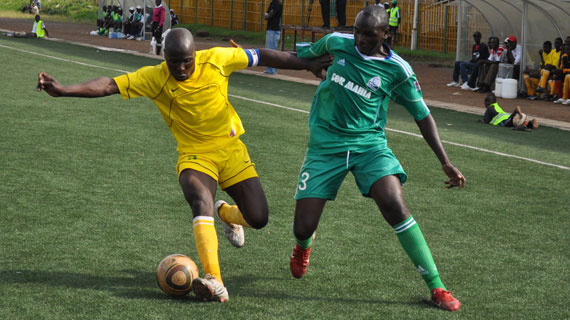 The issue of best losers in the ongoing FKL Cup has generated heated debate with some teams threatening to pull out of the championship if the knocked out teams are allowed back into the tournament.FKL,after the end of the second round of matches, announced that 5 teams will be allowed back as best losers even after being knocked out in the 2nd round.

The much talked about insertion is that of Gor Mahia. Gor Mahia was eliminated by Congo United last week on Wednesday in post match penalties after both teams failed to score in regulation time.

But as it stands now, Gor Mahia are the current best losers and will qualify for the next round among the five.However, contrary to rumors Gor Mahia will meet KRA in the next round, FKL has dismissed this saying more second round matches are yet to be played and there could be a better result from the matches including that of Sofapaka and Huruma Youth.

“We don’t know the outcome of three 2nd round matches yet to be played and ruling that Gor Mahia are the best losers 1 is an assumption.Sofapaka and Huruma for example could also settled for a 0-0 draw and head to penalties that could be decided on either a 5-4 or a 13-12 score line. We just have to wait for the outcome of the other matches before we pair the teams according to the strength of their loss.” Said FKL’s Ben Kelly.

The origin of this mix-up was when FKL allowed less than 64 teams to take part in the tournament.In a knock out tournament, there needs to be a balanced pair of matches as is the case in top leagues in Europe. From 64 teams, the first round knocks out teams to 32 then down to 16 in the third round before the last eight are determined for the quarter finals.

FKL registered 44 teams for the championship. The simplest thing should have been to give seasoned KPL clubs including the defending champions Sofapaka and last year’s finalist West Sugar direct qualification to the next round and have the other small teams fight out for slots in the round of 16.

The first round had 44 teams whittled down to 22 teams in the second round to finally remain with 11 teams for the third round before quarter finalists are determined.

The third round needed sixteen teams and with eleven teams remaining FKL was in a quagmire. There was no criteria to use to dump three teams from the 11 so as to remain with 8 teams for the quarter finals, the best option FKL had was to go back to the drop outs and bring back five teams as best losers to even out the numbers to 16.

Out of the 16 ,the quarter finalists will be determined but the only frustrating thing is having teams that had qualified play again the same teams they had already knocked out in the previous round.