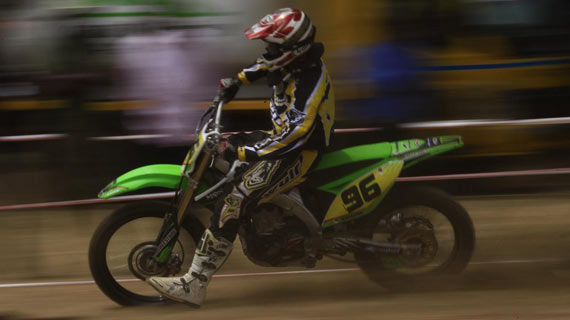 With an apparently insatiable hunger for success, MX1 series leader and current Champion Shivam Vinayak believes the final round of the FIM Central Africa Championship in Nairobi this December will not only be his most crucial race this season but  "mother of all battles".

"My preparations for the race will take place after mid-November as I would have just concluded my second year Dental Exams at University of Nairobi. My Kawasaki 450 (four-stroke) bike has been in great condition this year. We have sorted out all major issues and its only fine-tuning left for the race in December, depending on weather conditions," said Shivam, who became the first motorsports personality to win the SOYA Most Improved Sports Personality.

Shivam admits that the  past two races of the regional FIM Africa this year in Kampala have been very tough.

"I managed to win the last round at the new Busika racetrack, and with home advantage in December I look to seal the MX 1 Title for Kenya," said Shivam.

Shivam was all smiles after the last race meeting which he won at Jamhuri. Asked to explain what it really felt like to win the seventh and penultimate round Shivam had this to say:  "The main challenges of the day were to get used to the conditions as fast as possible due to the unexpected rain. I managed to do so and felt confident in all 3 heats to eventually win comfortably. It was the first time riding since the FIM Africa event in Uganda. I hope to be much better prepared to win the MX 1 for Kenya."