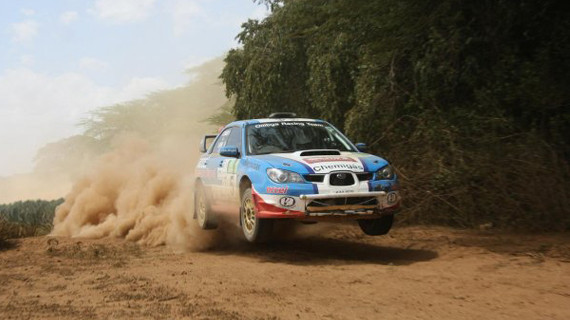 Veteran rally driver Ben Muchemi on Saturday succumbed to cancer at the MP Shah Hospital in Nairobi after a long battle with the deadly disease.

Stomach cancer had taken a toll on Baba Ciru  meaning he could not even  walk, let alone sit behind the wheel of his favourite Subaru Impreza.

He was bed-ridden in Nairobi and Mumbai, before recovering well enough to move around in a wheelchair as he battled with the illness.

In 2006, Muchemi was bestowed with the Tanveer Alam Memorial Trophy for the most improved driver during the KMSF annual awards

Four years later he was named the Motor Personality of the year 2010 for defying cancer to drive a full season of the KNRC.

After being bestowed with the onus of Moran of the Burning Spear by retired President Kibaki earlier in the year, Muchemi was elected chairman of Rallye Sports Club (RSC) which earned him an automatic ticket to sit on the 11-man Kenya Motor Sports Federation (KMSF) Board of Directors.

In January 30, 2013. “MBS” aka “Baba Ciru” as he was commonly known  was appointed chairman of the Sports Stadia Management Board (SSMB) for  three years .

May the Lord rest the soul of his servant in eternal peace.