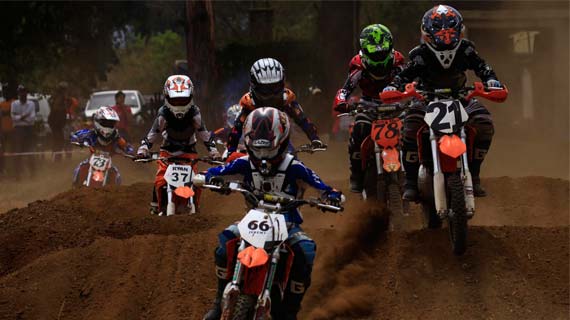 The eagerly awaited third round of the Kenya National Motocross Championship at Jamhuri Park racetrack on Sunday has been cancelled due to adverse weather conditions.

With the torrential rains failing to subside, the organizers have been forced to cancel the event at the eleventh hour since the track cannot be used. Most motocross races in Kenya are traditionally held under dry and dusty conditions. Wet and slippery surfaces therefore could have been a challenge to the participants.

“The track will be closed tomorrow and we shall advise if it will be open for practice in the coming week. This is so to reduce the damage that can be done by riding on it in its current state.” Said  Renzo Bernardi one of the organizers of the event.

Tough challenge was expected between Apollo Mbuki’s charge for the top honours with strong challenge from his MX2 rival Ivan Guya and MX1 speed merchants Tutu Maina and Shivam Vinayak.

The date of the event will be announced later.