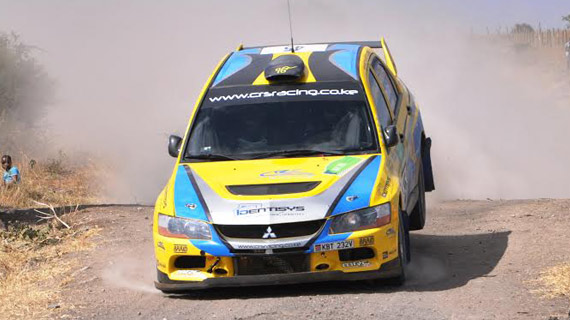 The Motor Sport Personality of the year 2013 will be known during the Kenya Motor Sports Federation Annual Awards Ceremony to be held at the Jacaranda Hotel, Nairobi on Saturday, January 25.But the outcome will all depend on a vote that will rightfully ascertain the best motor personality which is part of the merit awards category.

Besides, the occasion will also fete champions of various disciplines and categories.

Among those to be acknowledged for exemplary performance during the past season are National Rally champion Baldev Chager, Rally Raid quads and Autocross 2WD Non Turbo champion Tejas Hirani and the Kenya Nation Enduro overall  champion, Anthony Nielsen who has previously won the Kenya Motor sports personality of the year award twice.

Jassi Singh Chatthe from Kisumu  will be feted for winning the KNRC Division 2 title and so is his Division 3 counterpart Jasmeet Chana. Jassi is incidentally the 2012 Division 3 champion and is looking forward to joining the elite Division 1 league of drivers which is composed of the top ten fastest drivers in the KNRC seeding list.

For all merit awards, winners will be decided by a dedicated panel that has been working round the clock to ensure the choice of personalities are merited.

Other awards include champions in motocross, autocross, rallying, cross country and Ennduro.