Curtains ready to rise in Voi 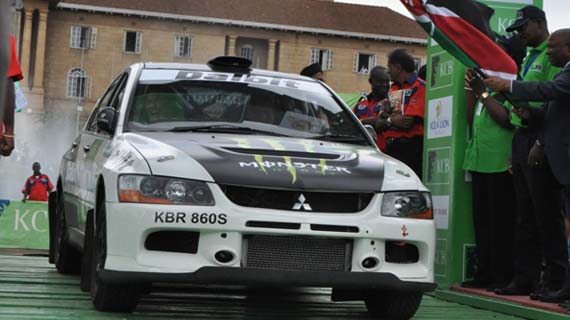 Curtains ready to rise in Voi

The streets of Voi will be a cacophony of sights and sounds tomorrow as the third round of the Kenya National Rally Championship revs off.Out of the 62 drivers that had registered for the East African Safari Rally-organized event, only 3 (Waita Nzioka, Iain Freestone and Edwin Chege) dropped out before the scrutineering session that took place at the Voi Wildlife Lodge on Friday.

Some of the highlights of tomorrow's showdown include the 33KM Kasigau stage which will take place inside a private ranch known as the Wildlife Works.

When it comes to safety and security the organisers have engaged the police and park rangers in traffic control while at the same time using a public address system to sensitize residents on the need to observe safety come D-Day.

The rally will kick off at 8AM in the Centre of Voi town.

The spectator stage of the rally will take place at Voi Stadium in Voi Town.