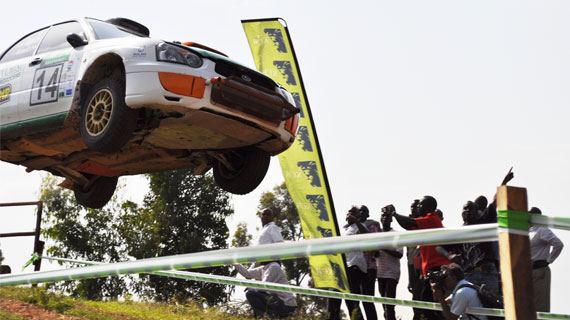 Baldev Singh Chager is on top of the 2013 Kenya National Rally Circuit with 140 points  after finishing second in last weekend's  KCB KNRC rally held  in Nyeri.

The 2008 national champion won the season opener in Kajiado in February  and managed to come second in round two of the series, a race won by 2012 champion Carl ‘Flash’ Tundo. Baldev was driving his new Mitsubishi Evo X in Nyeri for the first time.

Second in the standings is veteran driver Azar Anwar with 90 points after his third place podium finish in Kajiado and fourth finish in Nyeri.

Tundo is in third with 80 points after collecting maximum points in Nyeri where he won the race. He retired in the Kajiado rally therefore collecting no point.