Azar Anwar:Third is not good enough 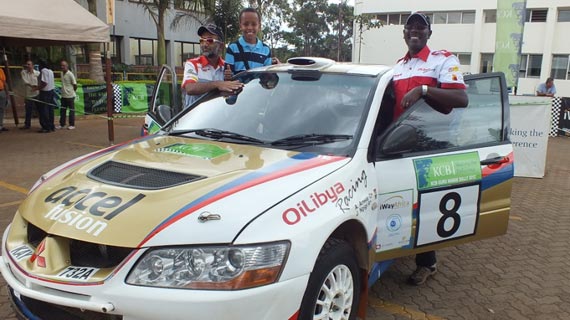 Azar Anwar:Third is not good enough

Former national rally champion Azar Anwar is not contented with the third podium finish ahead of the weekend KCB Nyeri rally.Third from the season opener in Kajiado in February, Anwar navigated by pastor Julius Ngugi  in their Mitsubishi Evo 8 says he wants to move higher on the ranks this weekend.

“In the last couple of seasons third place has been our achievement. We have faith we can move up to second or even win the race. I know it is not easier given the caliber of drivers we are up against.” Said the veteran driver.

Anwar of Oilibya racing team is a strong believer that one should be happy with what they have and to appreciate what you get.

“I have tried to tell young drivers not to give up simply because of a series of bad results contrary to their expectations. Every one of these winners started from somewhere so it is good to have personal believe and keep working hard.” He noted.

To get more points Anwar will be going for a clean race since it is the only way he can add to his 50 points from Kajiado rally.

"In rally it is very simple in that you get points when you finish a race. Retiring won’t win you anything. Therefore going to Nyeri though the priority is moving up the ladder, I want a  clean race too.” he  said.