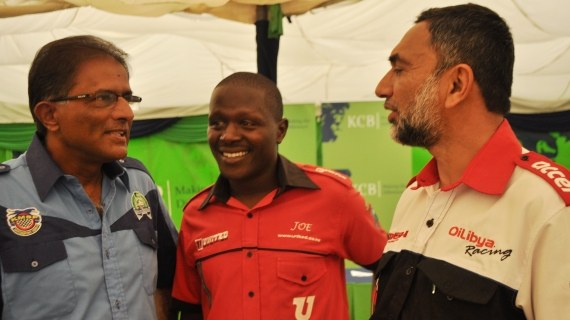 Vetean driver Azar Anwar is among those who have raised their voice condemning the recently concluded KCB Nyeri Rally saying organizers must avoid similar mistakes in future. The rally was won by 2012 national champion Carl Tundo but the biggest talking point went to a vital accident suffered by Veteran driver Ian Duncan.

Duncan and his navigator, Amar Slatch survived a near-fatal accident after their Mitsubishi Lancer rally car crashed heavily into a Toyota Land-cruiser belonging to the medical team of the rally. Anwar said it was such a big disappointment that stages were not properly manned, allowing such a vehicle to move into the section while rally cars were already racing.

"You cannot tell what is likely to happen from such careless mistakes. Had it not been a rally vehicle with safety apparatus it could have been worse.” Said Anwar.

The rally driver who finished fourth recalled how he was  blocked by an ambulance in the Nanyuki Rally last year.

“It is a wake up call to future organizers to be on the look out. It happened to us last year when Julius and I were first on road in Nanyuki, where we were blocked by an ambulance.  I am hoping that is the last we have seen.” He said