KSSSA: Kakamega and Upper Hill sail through to semis 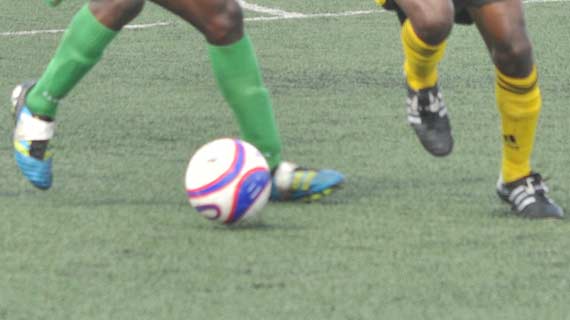 KSSSA: Kakamega and Upper Hill sail through to semis

By DENNIS MACHIO 08 Aug 2012
Kakamega high school on Wednesday won their second Group match at the ongoing Kenya Secondary Schools championships in Mombasa after seeing off Tetu Boys from Central 2-1.The match was played at the Shimo La Tewa High School.

Both of Kakamega High school goals were scored in the first half by Jacob Onyango and Timothy Otieno.

Otieno the National U-20 striker has been in good form so far in the ongoing competition providing an assist for the first goal from a well delivered 45 home pass and combining well with a lovely 1-2 to score the second for the former champions famously known as ‘Green Commandoes’.

Calvin Odongo scored twice for Upper Hill (the opening and final goal) while Mike Olunga netted the second just minutes after the half time break. Kibirichia who lost the opening match to Kakamega High school have a match to play against Tetu boys on Thursday although they are already out of the competition. Their goals were scored by John Karani and Abdi Hukah.

Kakamega High School coach Hezbon Nyabinge says despite having won their opening two matches, competition is high and the team with the best mental character will lift the title at the end of the day.

“At this level there is no room for mistakes. We need to maintain our top mental state to stand chances of lifting the title. Everyone has come in this tournament well prepared. I am happy the boys have exposed some powerful performance so far and we need to maintain the same to the end.” Nyabinge told michezoafrika.com after the match.

Kakamega High school will on Thursday play Upper Hill boys in their final group match to determine who finishes on top of the group ahead of the semi finals.Tetu and Kibirichia can only manage a maximum of three points after losing their opening matches to Kakamega and Upper Hill.
Read more on : KSSSA