KSSSA: Kakamega and Upper Hill harvest heavy on day one 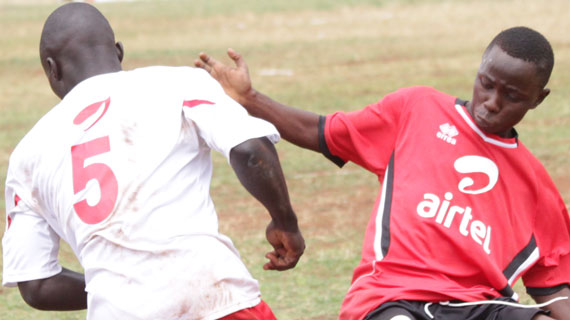 KSSSA: Kakamega and Upper Hill harvest heavy on day one

By DENNIS MACHIO 07 Aug 2012
Kakamega High school’s Green Commandoes opened the national schools’ soccer national campaign on with a positive start beating Kibirichia High school from Eastern Province 4 goals to 1 as the national games kicked off in Mombasa on Tuesday.

Michael Gavoji scored a brace for the former champions in each half with the other goals coming through Sammy Meja from a penalty and Baron Jobita against run of play.

Three of the Kakamega goals were scored in the second half with national U-20 team striker Timothy Otieno playing assists to the three goals. Otieno who joined camp in Mombasa on Sunday from the national team camp was introduced as a second half substitute.

Team coach Hezbon Nyabinge said the positive start by his team is a good indication that they have the power and character to regain their lost glory.

“We had a good start. It is important to finish our group games with maximum positive results because this will greatly boost our morale.” Hezbon said.

In other Matches played on Monday, St. Anthony defeated hosts Tononoka 2-0 with keeper Gabriel Andika wasting another goal opportunity from the penalty spot.

Upper Hill had the best harvest on day one thrashing Tetu 6-1 while defending champions Gekomoni started with a 2-0 win over Garissa from North Eastern.