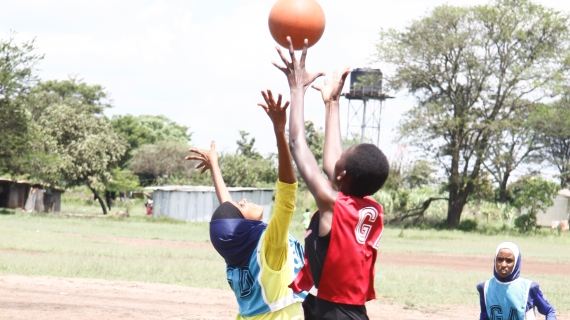 Action from the Shimba Hills game

This was the third win for the champions and will be a repeat of the preliminary match having defeated Misikhu in the opening pool matches.

The other semi final on Friday will see last year’s finalist Obambo Mixed Secondary School from Kisumu County taking on Tetu. They announced their presence in this year’s games with a convincing 71-11 win over Nduluku from Metropolitan.

Shimba had a 12-3 lead at the break, before extending their unassailable lead in the second half. In other matches Obambo Mixed Secondary School from Kisumu County defeated  Kirigara 56-16.