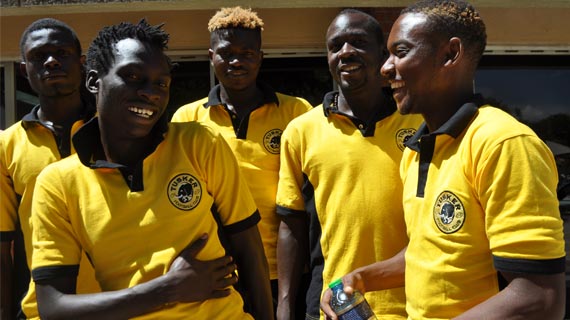 Tusker FC will miss the services of striker Andrew Tololwa in the return leg match of their CAF Champions league fixture against Seychellois Champions St. Michel at the Moi Sports Centre Kasarani on Saturday.

Tololwa who recovered from injury to make it into Tusker’s Super Cup clash against Gor Mahia got injured in training this week and will thus miss the clash.

The former Mathare United striker also missed the first leg clash in Seychelles due to injury. That is the only concern for Coach Robert Matano as he prepares to finish the work he started in Victoria two weeks ago.

“We are ready for the clash and we are going into the match to win. Apart from Tololwa the whole squad is ready for the match. We started off with a win away and made our work easier. But that will not mean that we relax.” Matano notes.

Tusker thrashed St. Michel 4-1 in the first leg played in Victoria a fortnight ago and will need in the least a draw to book a slot in the first round of the CAF Champions league against Al Ahly of Egypt.