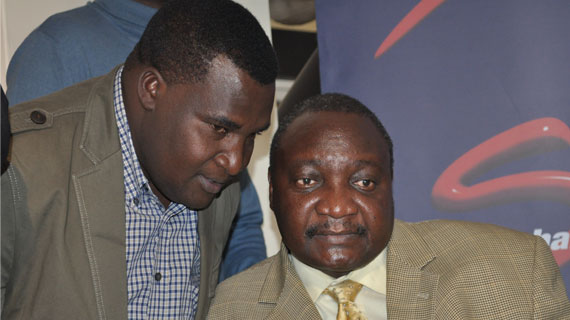 AFC Leopards Secretary General Josephat Bukachi has resigned.Bukachi tendered his resignation letter to the club chairman Alex Ole Magelo and the Executive committee on Wednesday afternoon. This is the third resignation in less than three weeks with Anthony Walela the club’s assistant treasurer and Geoffrey Mulanya assistant secretary having resigned two weeks ago.

Bukachi in an interview with Michezoafrika.com cited lack of cohesion between himself, chairman Alex Ole Magelo and other members of the executive committee on sensitive club matters that informed his decision to resign.

“I have tendered my resignation and will no longer hold the position of AFC Leopards’ Secretary General with immediate effect.” Said Bukachi.

Bukachi in his resignation message said “The chairman and a few members of the EC have been making individual decisions that are harmful to the club. They have continually refused to listen to other opinions from members of the EC and when we question some of their decisions we are labeled as haters of the club. One should ask why three club officials have resigned within two weeks. There is something wrong in the club’s management style and this should be addressed immediately.” Added Bukachi.

The immediate former Secretary Mr.Bukachi has further called on the AFC Leopards family to call for immediate fresh elections to elect new leaders.

But in a quick reaction to the news of Bukachi’s resignation, Chairman Alex Ole Magelo said he has not received any communication from Bukachi in reference to his resignation and that as far as he is concerned, Bukachi is suspended and new officials appointed to take up his role with immediate effect.

“It was the EC that made the decision to suspend Bukachi because of his misconduct and failure to call for and attend meetings.Magelo does not make decisions on his own, it is the EC that comprises of seven members that makes decisions. This is not personal property.” Said Magelo. “But if he has decided to resign it is his decision.”

The AFC Leopards’ meeting suspending Bukachi was attended by seven members out of the eight including: Chairman Alex Magelo, Vice Chairman George Wesonga, and Treasurer Patrick Keyonze of the executive committee. The meeting also accepted the earlier resignation of Antony Walela and Geoffrey Mulanya as assistant Treasurer and assistant Secretary General respectively. Ken Bunyasi and Fred Lutta were appointed in the acting capacity of assistant treasurer and assistant secretary general respectively with immediate effect.