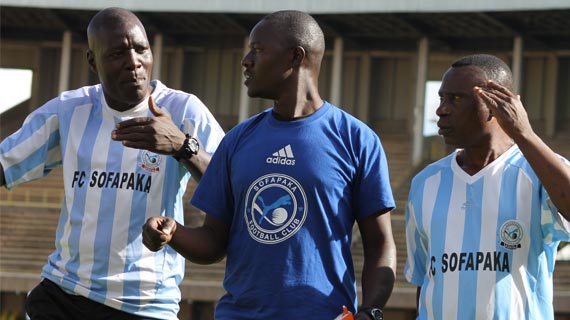 Former Ligi Ndogo midfielder Salim 'Shitu' Abdallah has been loaned out to Posta Rangers by his new employers Sofapaka FC. Abdallah signed a four year contract with the former KPL champions at the end of last year.

According to Sofapaka team manager Jacques Roberto, Abdallah will rejoin his team after six months.

“He is our player but we have loaned him out to Rangers that will be playing in the Division One League. He is a good player but we want him to gain more play time alongside experienced players and we will reacquire him in June.” Roberto told michezoafrika.com.

Goalkeeper Charles ‘Young’ Ouma will however continue being with the senior team. He also joined Sofapaka from Division One side Ligi Ndogo alongside Abdallah.

“Young is doing very well and the good thing is he is still very young in age as well.” Added Roberto.