Okwemba with a brace as AFC rips Thika United apart 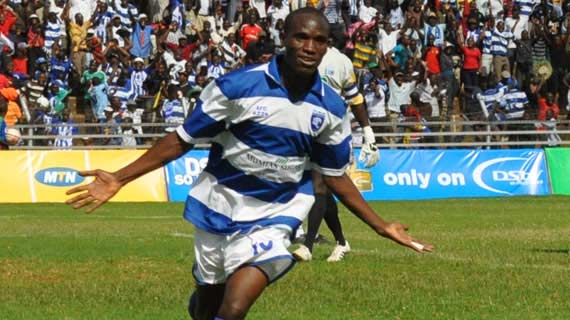 Okwemba with a brace as AFC rips Thika United apart

AFC Leopards on Sunday ripped a youthful Thika United apart beating them 5-0 in a lively premier league match at the Nyayo stadium. Charles Okwemba scored a brace while  Eric Masika and Laurent Tumba got a goal each. Thika's Simon Mbugua scored an own goal to complete a powerful Ingwe rout as the former champions edged closer to the title. With the win, AFC Leopards opened an 8 points gap at the summit of the KPL league table with 44 points.

AFC started the match with a powerful attacking mindset attempting a quick one in the first five minutes though Thika custodian Lucas Indeche was equally agile to stop Wanga.

Charles Okwemba who came in place of Oscar Kadenge scored the first goal for AFC Leopards in the 13t minute, rising above the Thika defenders to head in a corner kick taken by Bernard Mang’oli.

Thika United looked vulnerable in set pieces easily allowing AFC Leopards’ free space in the air. In the 41st minute, Eric Masika had the last touch with a header to score the second for AFC Leopards also from a corner.

The introduction of striker Kepha Aswani by Thika United in the second half injected fresh goal urgency for the youthful Thika United as they improved on their attack. In the 72nd minute Cliffton Miheso delivered a lovely lob that Matasi failed to handle but Moses Arita missed the close chance.

In the 75th minute, AFC Leopards found themselves 3-0 up after Mbugua scored in his own net under pressure from Mike Barasa. Mbugua attempted to cut out Allan Wanga’s well weighted cross from reaching an advancing Mike Barasa but instead he tapped the ball into his own net.

In the final ten minutes, Charles Okwemba added his second and substitute Laurent Tumba completed the rich harvest of goals for AFC Leopards from a counter attack chipping over an advancing Indeche for the 5th.

Miscalculation by keeper Patrick Matasi in injury time almost gifted Thika United a consolation goal but Nahimana was in place to clear the danger before it crossed the line as AFC finished the day with a heavy basket of goals and maximum three points.