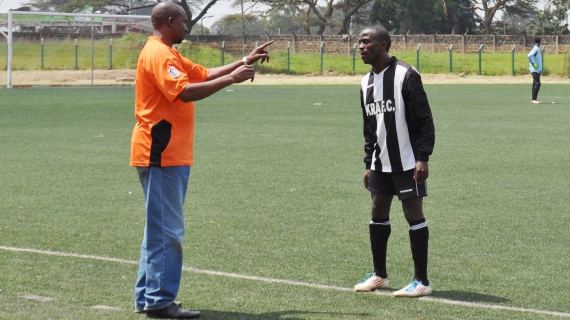 Posta Rangers threw away a 2-0 lead to allow KRA comeback and force the match to penalties which ended 5-4 in favor of the tax men to earn them promotion to the Kenyan Premier League in an entertaining Division One Play-off match played at City Stadium on Saturday afternoon.

Trailing 0-2, the tax men launched a determined come back to peg the scores at 2-2 by the 90th  minute with Mohamed Hassan and Collins Diego strikes cancelling early goals  from  Fred Ajwang and Joseph Nyagah.

Rangers converted theirs through veteran Pascal Ochieng, Ajwang, Joseph Mbugi, and Dennis Mukaisi to end their quest for a return to the top flight soccer on a hard breaking fashion.

KRA joins Top Fry AllStars who also secured a slot in the 2014 Kenyan Premier League season after beating Oserian FC 1-0 at the same venue earlier in the day.