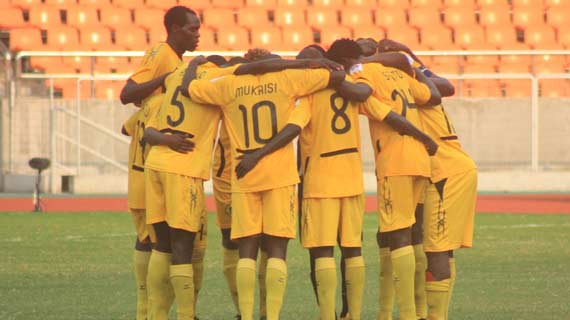 The perennial dismal performance by Kenyan clubs in regional and continental competitions continues to be an Achilles heel of the Kenyan Premier league. Despite the growing popularity and flocking by foreigners, local clubs are yet to match up even with close neighbors in the East African region.

With this continued poor regional outings ,only few would be surprised to learn that the Kenyan Premier League is ranked in position 122 World Wide in order of the strong leagues in the world, the last position for all the countries that were ranked by reputable soccer statistics website IFFHS.

Neighbors Uganda are ranked 88th Worldwide while Tanzania at position 107. At position 24 Worldwide, the Nigerian League is ranked the best in Africa. The Nigeria league even beats European Leagues like Scotland (25).

KPL CEO Jack Oguda on Wednesday said there is need for all stakeholders to sit down and do a detailed analysis to find how best to address the consistent poor performance by Kenyan clubs and national team in regional and continental competition.

“ This is a disturbing trend and we need to find a quick solution especially by reaching to the root cause of the problem so that we can achieve a long lasting solution that will ensure our clubs compete favorably on the continental stage,.” Oguda said.

According to an explanation on the IFFHS website :" The classification of the best leagues of the world is made objectively without any outside influence of any sort. We follow the criteria that the level of performance of a league is reflected by the best classified teams of that league who in turn usually represent their country in international club competitions.

If one looks at the football power-houses of the world, one notices that regularly 4 or 5 clubs of their leagues are always competing in continental competitions. By adding the points won in all competitions by the five best placed clubs of each league, we have the points for the country which in turn helps to establish a fair classification. "