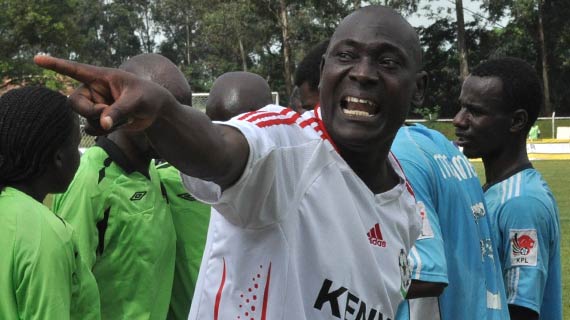 Juma Abdalla while at Congo United

Former Thika United head coach Juma Abdallah has been appointed to take over as KCB head coach. He takes over the position that had been left vacant after the dismissal of James Omondi who failed to deliver the targeted top 8 mark in the 2012 season where the club finished 10th .

Juma Abdallah returns to the premier league from Division One side Bidco United that missed promotion to the top tier league in the past season. After Thika United, Juma headed to Mombasa for a brief stint with Congo United in the 2011 season.

Abdallah has confirmed his latest appointment and says he will start work immediately. He is expected to take over the team’s trials in search of new players for the next season. The trials resume today.