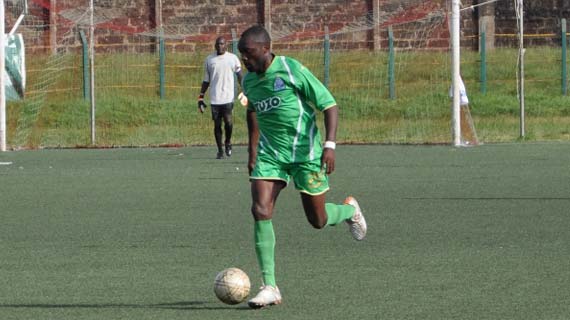 Imbem in action for Gor Mahia

Ex AFC Leopards and Tusker FC midfielder Itubu Imbem has been away from the country in the last three weeks attending trials in Vietnam. The midfielder who was signed by Gor Mahia in June was permitted by Gor to attend the trials in his quest for a contract abroad.

“He asked for permission and we allowed him. He is still a Gor Mahia player until when he finds a club and they table a bid for us. When he comes back he will still be our player but we wish him all the best,” assistant Coach John Bobby Ogolla told michezoafrika.com.

Imbem left AFC Leopards midway last season after being shown the door but landed at Tusker FC where he won the League title with the Brewers. He left the Ruaraka based club at the start of the season to go and pursue more dollars abroad but the deals never worked out.

Coming back to the Country in June, he was given a chance at Gor Mahia where he has featured severally for them but had not yet curved out a starting role.