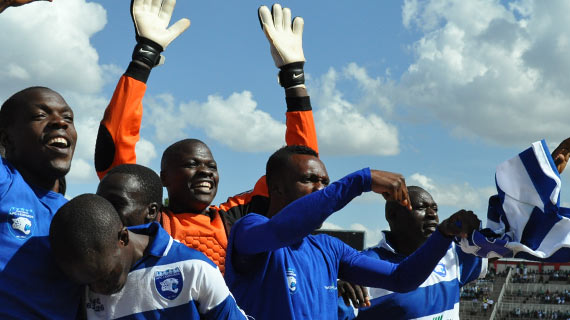 After concluding on Allan Wanga’s move on Friday, AFC Leopards will unveil all their newly signed players early next week. The club has been labeled “money bags” in comparison with rich EPL side Manchester City because of their free spending spirit in pursuit of best players.

Apart from Allan Wanga, AFC Leopards has also signed reliable defender Eric Masika from Gor Mahia, Amon Muchiri from Karuturi and Abbas Kiwalabye and Victor Ochieng from Chemelil in a bid to bolster their squad.

After the conclusion of the 2011 season,six player were released from the squad.These were; Abel Omuhaya,Evalistus Shamala, Edgar Waudo, Joan Amboko, Silas Aluvisia and Paul Odhiambo.

The club finished in a respectable fifth position last season and will kick off the 2012 campaign on February 11th against Chemelil at Nyayo stadium.

The club will soon be unveiling their new jersey manufactured by Italian firm Legea.See designs on related story below