AFC Leopards marches on with win over Sony 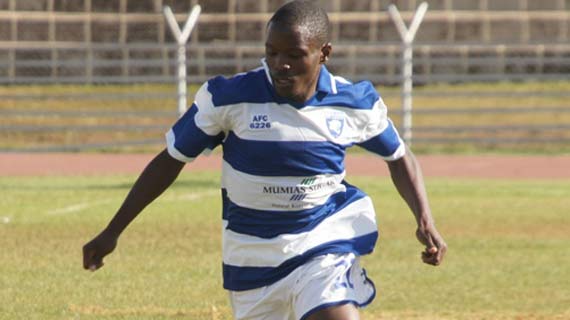 AFC Leopards marches on with win over Sony

Kenyan Premier League side AFC Leopards moved up to the second spot in the log after a 1-0 win over Sony Sugar at the Gusii Stadium on Saturday 7th July.

AFC Leopards took full advantage of Sofapaka’s slip up against Muhoroni on Friday night and will be happy to learn that defending Champions and league leaders Tusker FC drew 1-1 with Chemelil Sugar in Awasi.

Bernard Mang’oli scored the lone goal in the 26th minute of the match with Paul Were putting in the assist, justifying further why Leopards had to fork out 450,000 Kshs to secure his signature. This was Were’s second assist in two matches for Ingwe.

Earlier on, Coach Jan Koops had complained over the bumpy nature of the pitch and his words came to light as both teams were unable to play short and sleek passes.

Enock Agwanda was the first to aim on target but AFC keeper Bernard Tiema  did well to kept his corner shot at bay.

Keeper Willis Obungu was called to task 20 minutes into the match to stop Mike Barasa from scoring the opener.

New star Paul Were made his trademark run into the right flank then sent a cross that a well-placed Bernard Mang’oli met and made no mistake in firing it past the Sony Sugar keeper.

Sony Sugar tried hard to pull an equalizer but poor finishing and the hawk eyed AFC defense ensured the score-line would not be altered.

Former Gor Mahia player John Kiplangat would have found the net after connecting to a cross by Agwanda but Tiema pulled a world class save in the 63rd minute.

AFC Leopards will next play giant killers City Stars and could go top of the league should they win in their match at hand over Tusker FC.