AFC Leopards leap to second with win over Muhoroni 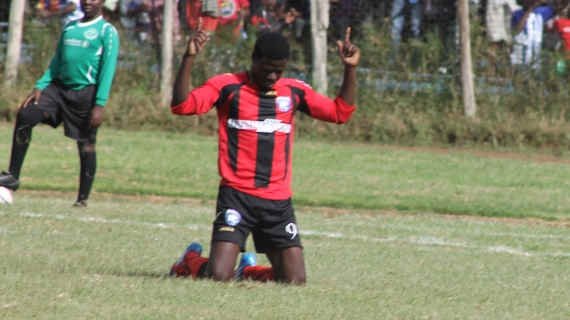 AFC Leopards leap to second with win over Muhoroni

AFC Leopards bounced back to winning ways with  a 2-1 victory over Muhoroni Youth at the Afraha Stadium in Nakuru. Jonas Nahimana and Allan Wanga scored a goal apiece in the first half with Elly Otuoma grabbing a consolation for the sugar belt side in the second half.

AFC Leopards looked a brighter side from the early minutes of the match as they knew the importance of tehe three points to their title ambitions. The Leopards camped in Muhoroni’s half winning corner after corner. Mike Barasa had a decent chance in the 20th minute when he headed a cross from Allan Wanga but the Muhoroni keeper Joseck Gathongo had the ball safely in his arms.

AFC Leopards would be rewarded just three minutes later with Jonas Nahimana making amends to his  blunder that cost Leopards against Gor, heading in at the far right from Mike Barasa’s assist from a short corner.

The goal added more energy in the AFC Leopards’ reserves as they increased the intensity of their attacks. Mike Barasa had a shot from his right foot go wide after a good looped ball from Martin Imbalambala. Muhoroni seemed to get into the game gradually and they threatened from time to time though they did not do much to trouble Patrick Matasi at Ingwe’s goal.

AFC Leopards added their second four minutes to the break through Wanga who lifted the ball over Joseck Gathongo after a good ball from Charles Okwemba.

Muhoroni almost grabbed one back in the last minute of added time but Edwin Baraza cleared the ball off the line from Abbey Kynkurunmi’s header.

In the second half, Muhoroni came alive and they sought to write off their two goal disadvantage. The Nigerian Abbey had the most of the chances, losing a lob over Matasi in the 51st minute, with the effort going wide.

They would nonetheless get one back through substitute Elly Otuoma who shot from distance catching keeper Matasi off his mark after a lay off from Abbey. The Nigerian also had his chance four minutes later heading wide alone after a cross from a cross on the left.

In the 73rd minute, Abbey again missed a chance at the far end from a Harry gentle’s long throw.

The win pushes Leopards to second place on 48 points, two above Gor Mahia who play Rangers on Wednesday.