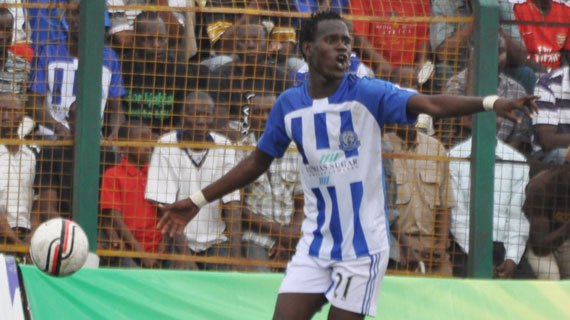 AFC succumbed to a 2-1 loss to visiting Sony Sugar on Saturday afternoon at Nyayo Stadium in the only KPL fixture for the day. The loss marked a three games winless streak for new coach Nick Yakhama.

Isaiah Omondi gave Sony Sugar the lead after 9 minutes while Silas Aluvitsia equalized for the home team from a Salim Khamis cross in the 41st minute to ensure both teams went to the half break tied at 1-1.

Both sides came back looking for the advantage but it was Sony Sugar who ended up  lucky with a 91st minute conversion after Fred Onyango netted the winning goal from a corner by Joshua Oyoo.

The goal didn’t go down well with a handful of Ingwe supporters who claimed their keeper Barnabas Tiema was fouled by Sony players while going for the aerial ball. Some tried to cause chaos but quick intervention from security officials and other fans prevented a repeat of Wednesday scenes where K’Ogalo fans forced the match to abort in the 65th minute.

In a post match interview AFC Coach Nick Yakhama said he is not under any pressure as he is sure his team will go back to their winning ways. He blamed poor officiating for their loss.

For the latest KPL Table click the Standings link on both our Full Site and Mobile Edition.