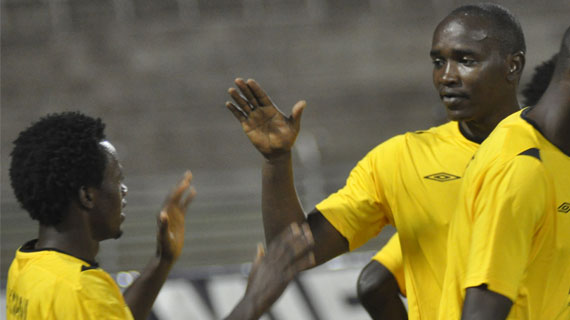 Mathare United ended a streak of poor result with a deserved 1-0 win over AFC leopards in an entertaining Kenyan Premier League match played at the Nyayo National Stadium on Thursday evening.

After going down 0-1 in the first half, AFC came back in the second period a wounded leopard camping in the Mathare half but luck did not knock home for the Yakhama boys despite mounting attack after attack.

Mathare United coach Salim Ali while speaking after the match praised the performance of AFC Leopards terming their fighting spirit as an admirable spectacle.

“They were unlucky today, they played so well in the second half but I thank God for the points we gathered today” He said.

AFC Leopards’ coach Nick Yakhama on his side blamed poor finishing on the loss but has promised to introduce some new players in the squad by the end of next week.

"Today was a bad day for us. We missed many open chances and our finishing was poor. We are in talks with some clubs and soon enough we shall unveil our new players who will add strength in our squad.” Said Yakhama.

The win gives coach Salim a temporal relief as his side moved from the second bottom position to the 13th position in the KPL table Standings.

Earlier in the day, Sofapaka failed to avenge their KPL Top 8 loss to Western Stima as the two teams settled for a goalless score line at the Bukhungu Stadium.