Abbas, Wanga back as AFC take on City Stars 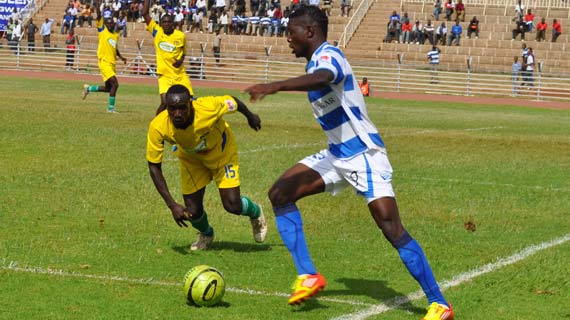 Abbas, Wanga back as AFC take on City Stars

Ugandan Abbas Kiwalabye will this afternoon make a comeback to the Ingwe’s starting line up after close to two months absence due to a knee injury. Abbas will start in his left full back position alongside Edwin Wafula on the right full back, Erick Masika and Jonas Nahimana in central defense ahead of Patrick Matasi who starts in the post.

AFC Leopards will be looking at maintaining their advantage at the summit of the KPL log where they lead with 27 points. They play bottom placed Nairobi City Stars at the Nyayo stadium this afternoon.

Lead strikers Allan Wanga and Mike Barasa also make a come back in the starting fold after missing their last match with injuries.Wanga will partner upfront with Victor Ochieng and Mike Barasa to lead the search for goals that could extend their supremacy.

Head coach Jan Koops will employ an attack minded midfield that includes Salim Kinje, Martin Imbalambala and Bernard Mang’oli with Charles Okwemba making a comeback after weeks of absence due to sickness but will start from the bench.