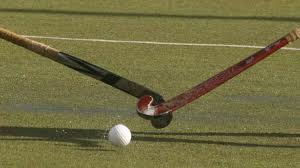 Wazalendo hockey club took an early lead in the men hockey premier league with a deserved 4-0 win over Karate Axiom over the weekend at the city park stadium. A brace each by Josesph Mwangi and Titus Ngolia was all ‘Waza’ needed to lead the league standing after first round of matches.

The other premier league match pitting former champions Strathmore University Gladiators was rained off in the seventh minute and was therefore rescheduled to a later date.

Defending champions Naorobi Simba and former champions Kenya police were not in this weekend.