Wazalendo aim at league summit as they play Sharks 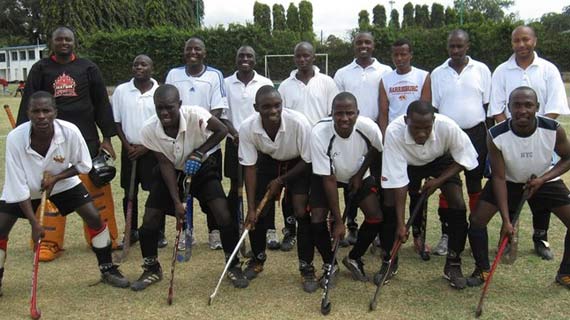 Wazalendo aim at league summit as they play Sharks

Wazelendo Hockey Club will be seeking to bag maximum points in their weekend assignment against Greensharks and shoot to the top of the KHF standings. Wazalendo are second in the log with 3 points from a solitary match having trounced Karate Axiom 4-0 in the opening matches of the league two weeks ago. Strathmore University Gladiators lead the league standings with three points albeit with a superior goal difference and will not be in action this weekend.

Sharks on the other had are riding in all confidence having scared defending champions Nairobi Simba to a draw in a six goal thriller last weekend. Tony Nyikuri of Sharks is looking forward to the match yearning for maximum points that will guarantee them first position from two matches.

“Last week we dropped two crucial points when we allowed Simba to come from 3-1 down to force a draw. We have worked on our mistakes which were purely lack of concentration in the closing stages of the match. We are ready for maximum points.”

That will be the only match to be played at 3pm at the city park stadium on Saturday as the pitch has been reserved for the national teams which will be using the facility in the morning hours as they prepare for the Africa Cup of Nations to be held in Nairobi in October.

On Sunday there will be only one match as well, Jomo Kenyatta University of Agriculture and Technology playing Daystar University.

JKUAT are riding high on the National League standings with three points having defeated National Youth Service 6-1 last week. Their counterparts Daystar were handed a 6-2 thrashing at the hands of Wazalendo Youth last week.