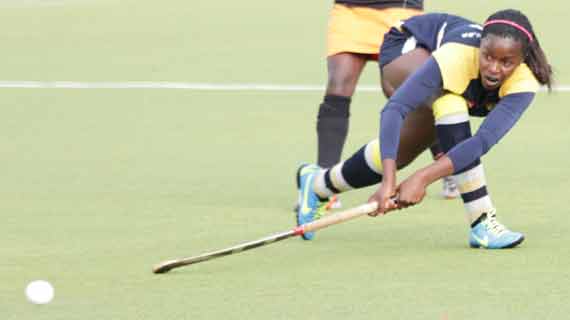 Jackline Munene, Lorraine Nondi and Stephanie Mwega each grabbed a brace as USIU A humiliated Daystar Falcons 7-0 in the season’s opener on day one of the 2015 Kenya Hockey League.

Jackie scored the first goal of the season after 11 minutes of play before following it up with her second 20 minutes later. Lorraine Nondi would then add the third for USIU at the stroke of half time for a 3-0 lead by the break.

Stephanie Mwega was on the mark in the 38th minute with her first of the afternoon stretching USIU’s lead to 4-0. Rachel Njogu scored the 5th (49th minute) Lorraine added her second (62nd minute) and Mwega completed the one sided spectacle with the 7th goal of the afternoon a minute to the end of the match.

The league continues on Sunday at the City Park