The journey of Mount Kenya University 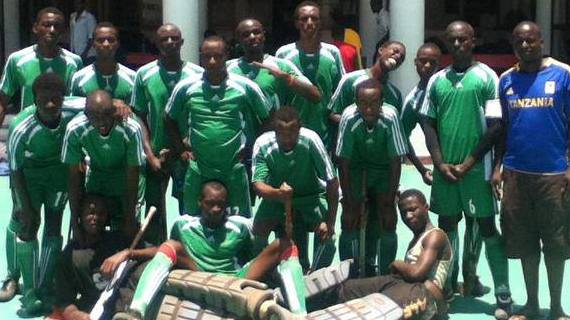 The journey of Mount Kenya University

Mount Kenya University (MKU) is arguably one of the youngest teams in the Hockey National men’s league as it was started not so long ago.

Both the men's and ladies' are young upcoming teams which have shown tremendous growth especially the men’s side which was taking part in the league for the first time last year.

The men’s team dates back to 2008 when it was started with not more than  six players which included captain Antony who currently is through with his studies, with no hockey field nor kits for training, players bought their own sticks and shin guards recalls one of the senior players Erick Kebira.

“We used to participate in the seven aside tournaments though would not perform well we never gave up.” He states.

“In 2009 when I joined college we added up to nine players and we participated in some of the university tournaments, taking 2nd position in CUEA open tournament in 2009.

Kebira remembers how the school bought the team uniforms when they took part in the JKUAT open and finished 2nd runners up."We kept being motivated and by 2010 we were a proud team of 13 players training at Thika high school."

“During that period good players started coming in as Thika Rovers were backsliding. By 2011 new captain Victor Alfwani a first year by then came in, he was aggressive and transformed the team completely. With such a good leader we participated in the KUSA games held in December and finished 4th a result the campus administration was pleased with.”

Kebira explains how MKU joined the KUSA league where they finished 5th something that motivated them to start training daily.

“Alfwani was instrumental in the process of getting us registered in the national league last year. It was amazing having to play in the league for the first time considering we finished amongst the top 10. Thereafter we looked for our coach Mr. Munyi of Kenya Police who has greatly aided the team as we seek to have a successful season in 2013.” Adds Kebira.

Kebira will not be taking part in the 2013 season since he is undertaking his attachment though he has nice words for his club.

“One thing I am happy with that we have not lost any match. And we are sure of finishing first or second and secure premier league promotion.” He concluded.

Currently the teams have no hockey pitch forcing them to train at General Kago Primary School.