Telkom through to semis after win over Twende 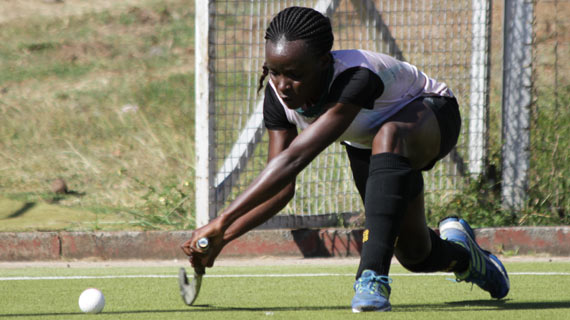 Telkom through to semis after win over Twende

African women hockey defending champions Telkom Orange on Wednesday qualified for the semi finals of the ongoing Africa championships in Kampala with a 3-0 win over Tanzania’s Twende. Having won their first match 7-0, Telkom have collected ten goals without conceding and remain on course to retain their title won in Zimbabwe.

As Leaders of Pool A, Telkom will next meet Ghana Revenue Authority in the semi finals. Ghana lost to Strathmore University on Wednesday to finish second in the Pool.

According to Telkom coach Jos Openda, Tanzania presented stiffer competition compared to Waterhead though he also rued the missed chances on the day, “We are still getting our act right and struggling with scoring but overall I am impressed with the performance. Tanzania presented better competition compared to our opening match. All the same we are now in the semi finals and we will remain committed to bringing the trophy back home.” He said.