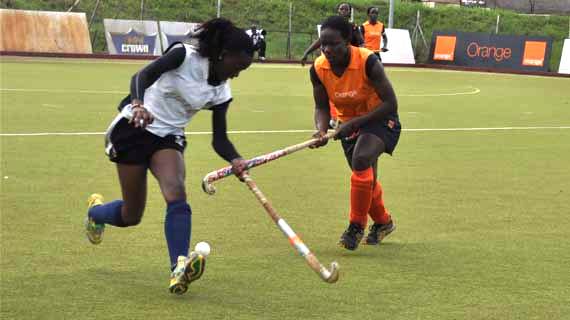 The women hockey league has always been dominated by the reigning champions Telkom Orange who have won the title 15 times and are also the African Champions.

The players were unveiled on Friday afternoon as the club was getting new sponsorship from their chief sponsors Telkom Orange. With the new talents on board, the ladies are hoping to perform even much better than the last season.

“I am privileged to have the chance to play with Telkom Orange and it’s my duty as a new player in the team to deliver my best and to continue defending the national league title and the Africa Club of Champions” said Terry Masibo.

“What really attracted me to the team is the spirit of the players, commitment, dedication, hard work and discipline that has seen them going places and retaining their title. I believe with my talent and dedication to the team for this 2013 season, Telkom Orange ladies will be able to retain their title” She added.

The team captain Betsy Ommala also has high expectations for the team and hopes that this season they will be able to better their best as they are looking forward for their first game for 2013 Kenya Hockey league season which will be played on Sunday at 3:00pm at City Park against Sliders.

“With the continued support of Orange to the Telkom Orange Ladies club and new players on board, we are highly motivated and hoping that this season we will perform better and not to let our supporters down,” said Betsy.