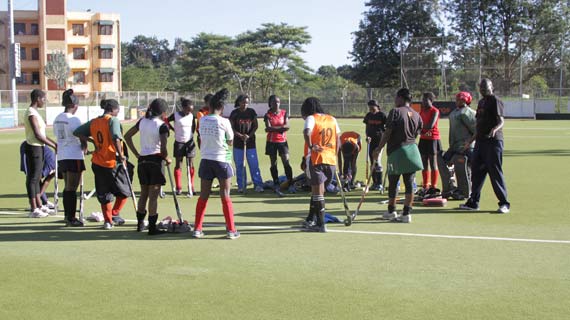 Telkom Orange’s Betty Tioni has passed on. Tioni died on Thursday in Nakuru while undergoing treatment following a short illness. She was part of the Telkom Orange team that successfully defended their African league title in Kampala Uganda in January scoring one of the winning goals against Strathmore in the finals.

The 39 year old was reported to have fallen ill just a few days before his death.She was initially diagnosed and treated for malaria and discharged. The illness however did not go away as health deteroriated  and she was readmitted at the same hospital a few days later this time with detected meningitis.

“She was in very good health a few weeks ago. It is so sad to know she is no longer with us.” Says Telkom captain Betsy Omalla. “During our finals against Strathmore in Kampala, she played her heart out. We never knew that was going to be her last match with us.”

“We visited her on the same Thursday at her hospital bed in Nakuru only to be called a few minutes later while on our way back to Nakuru with the devastating news that she has left us. She was an adorable person and we will miss her big time.” Omalla adds.