Simba, Strathmore book date as Police seek to run away 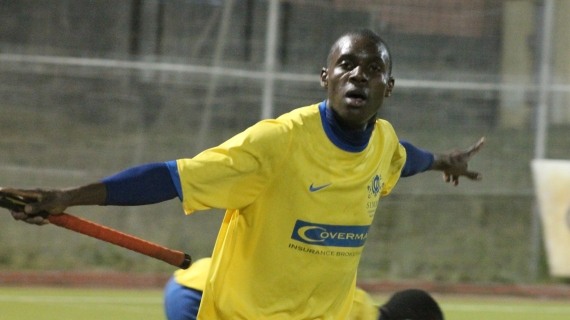 Simba, Strathmore book date as Police seek to run away

Former players Davies Wanagwe, Castrol Kaluna and George Mutira are likely to line up against their former employer, with Captain Hoseah Walucho in defense, Allan Iniungu and Seth Oburu  also lining up for the depleted 2010 champions. Whatever happens, both teams need to find footing as soon as possible as the league moves to the half mark.

The match will be curtain raised by that of 2011 champions who are run away league leaders with 15 points. Police play Parkroad (3:00pm) who have three points from initial four rounds of matches. Last weekend the former lost by a solitary goal to Green sharks.

Police on the other hand were 4-2 winners over Wazalendo in their last assignment. Francis Eshikuri and Moses Cheplait will lead the attack while Oliver Echenje will man the centre of midfield, Captain Richard Birir in defense and James Kayeko in goal, a combination that should guarantee Police easy win over their inconsistent opponents.

The only men premier league match on Saturday will witness third placed Wazalendo play Kenya College of Accountancy KCA.Waza on eight points can move to 11 points - one ahead of second placed United States International University Africa. This match will be played at 6.00pm.

In the national women league there is an expected goals galore when league leaders and champions Telkom Orange play Multimedia University on Saturday 2.00pm. In their last high scoring match, the champions pumped 22 goals past  the hapless Mt Kenya University.

Multimedia on the other hand lost 12-0 to Strathmore University last weekend.

The only men national league match on Saturday  will see Multimedia University trying to close the gap with league leaders Nakuru when they play Mombasa Institute at 4.00pm.