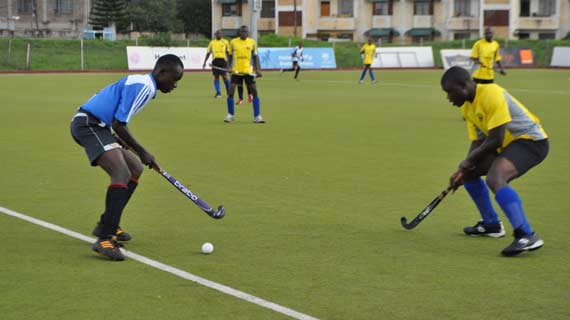 Kisumu Simba’s supremacy over Western Jaguars in the recent past has never been in question as the lakeside outfit has emerged victorious in all occasions.

The two sides meet again in Kisumu in their opening round of fixtures of the 2013 hockey premier league clash.

The lakeside outfit who were back to back champions in the 06/07 and 07/08 seasons are looking forward to a perfect start in the 13 team league.

Club captain Dennis Nyamosi has revealed the team's hunger for continental hockey as they wish to rewind the years,"We shall not be taking any match for granted as we target to win the league and qualify for club champions next year. The squad has gelled well and we are ready to fight for silverware." observed the captain.

The 2008 continental bronze winners schedule will be tight as they travel to Nairobi to play 2010 league champions Strathmore University Gladiators in what promises to be a show of mighty.

"We definitely have a strong squad ready to face any opponent since we have been training hard enough for the league. Last season's mistakes are well behind us as we strive for success.”