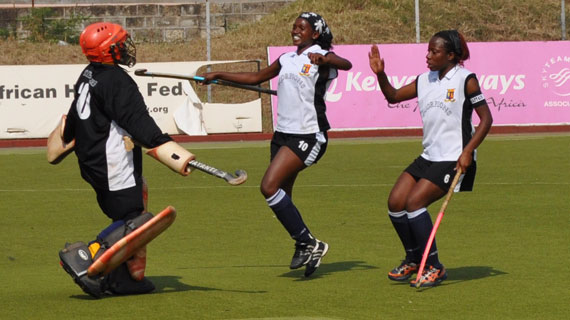 Oundo now goes to the top scorers chat having netted 8 goals to her name from just two matches. She opened the scoring with less than 10 minutes played with Aura extending the lead in the 23rd minute before completing her double five minutes to the interval.

In the second period Oundo got her double in the 50th minutes with Nancy Wanjue scoring late on to give her side a well deserved win.

Field assistant captain Angela Mayaka lauded the performance from her side once again emphasizing on the need to keep the winning trend and mentality.

“Just like the first victory our second one is well deserved too, we have been training well while trying new formations which are working so well for us. We want to keep winning.” She said.

On Sunday, there will be several matches lined up at the City park turf. MKU will be hopoing to bounce back from their embarrassing start when they play Sliders.