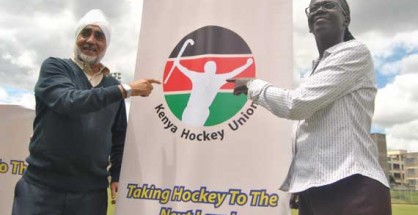 The secretary’s post attracted Nairobi Hockey Association secretary general Tom Olal and Davinder Bharij who garnered 14 votes to Olal's 10 in the only voting done on the day.

Former sec general Vivian Agunda will be the assistant secretary.

Pushpinder Mann and Nairobi Simba Union coach Kalpesh Solanki will be treasurer and assistant treasurer as they had no opposition.

Match and Fixtures Secretary Jane Nyamogo and her assistant PS  Giddie are also expected to retained their positions unopposed.

"We take over office with one aim of taking the union to the next level. Our priority is to raise the sport's standards in the country." said Randiek  while speaking after the exercise.