Police aim at leading from gun to tape 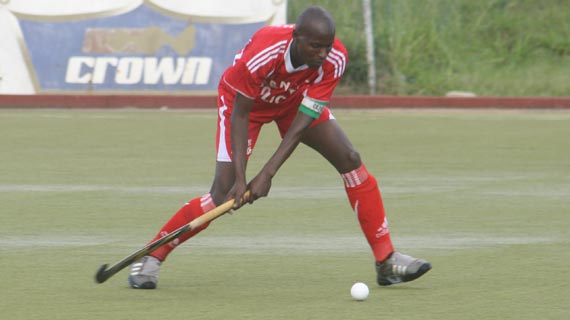 Police aim at leading from gun to tape

Former Hockey Champions Kenya police have outlined their strategy of wining as many matches as possible to guaranteetheir aim of reclaiming the title they lost last year to Nairobi Simba. Speaking after their 3-0 win over Western Jaguars on Sunday, Police  team manager Tom Odeng said all the players are aware of their responsibility and that will entail winning all their matches without dropping points .

The Law enforcers are at the summit of the 13 team men premier league a position they want to control until the end of the season.

“The strategy is simple; keep wining as many matches as possible without dropping points on the way. I can say we are where we want to be at end of the season. My players are focused to reclaiming the title.” He said.

“Next week we are travelling to Mombasa to play Mvita and MSC, we are expecting tough matches on grass pitch. We shall handle the teams with caution targeting maximum points away from home.” he added.

Police have six points having won two of their first fixtures while Wazalendo and champions Nairobi Simba are joint second with four points from two matches.