No love lost between sassy Barbra and her ex 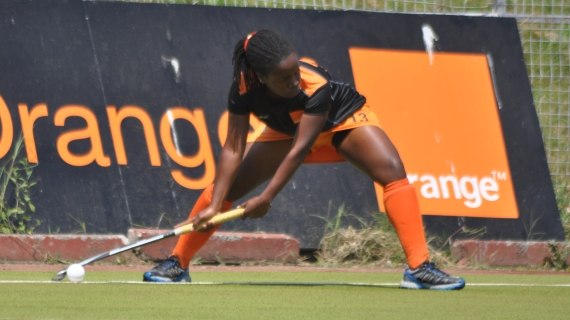 No love lost between sassy Barbra and her ex

Having played for the United Stated International university Spartans for over four years, no doubt there is no love lost between the Sassy and talented Barbara Simiyu and her former club. She parted ways with the Thika road based outfit in 2011 to join the reigning Kenya and Africa champions Telkom Orange from where she has won literally everything at club level.

On Sunday she was once again on the cross roads as the two battled each other in a league match played at the city park stadium.

After 70 minutes of play it would turn out to be the worst defeat suffered by the  Spartans that  Simiyu can remember. Her former teammates suffered a humiliating7-0 drubbing. Despite not seeing the back of the net on the day she has scored against her former club on couple of occasion but could not dare celebrate.

“That was the worst defeat I have ever witnessed my former team subjected to in my time and after I left. I never felt good at any moment especially with the score board. I learnt hockey while at the club even though Orange polished me, Without them I could not have made it to my current club.”  She explained.

The Bachelors of Arts (BA) graduate from USIU-A  says moving to Orange was down to seeking new challenges and her liking for the club.

“The main reason I moved was because I wanted to seek a new challenge. I figured out that if I need t to grow as a player, Orange was the club for me. Plus I had always admired them since my high school days.” She adds.