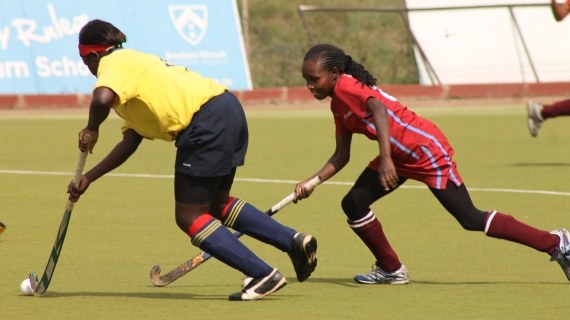 Action from a past hockey match

The Kenya Union Hockey League enters its third week this weekend with several matches lined up at the City park hockey stadium. Teams will be out to outmuscle each other as the new comers attempt in making an imprint of themselves.

Defending champions in the women’s league Telkom Orange who are currently placed second on the log will be seeking to continue with their impressive run when they host USIU-A in a mouth watering clash on Sunday. This will be USIU’s first match of the league while the African Champions Orange beat Sliders 3-1 in their first match of the season.

On Saturday, last year’s punching bags Multimedia University will be seeking to start their season more positively when they play against Vikings.

Their Male counterparts who had a great season in the national league last year will be taking on the turf after them, when they play against Parklands. The last match on Saturday will see defending Champions Nairobi Simba take on Greensharks in a rescheduled match that was rained off last weekend.

On Sunday, NYS will be seeking to pout behind their woeful day one hammering by Parklands when they play against JKUAT. Wazalendo Youth will then take on Daystar in the other National league match before KCA and USIU take on in a premier league match.

The last game of the weekend will see students Strathmore taking on the recently promoted Parkroad.