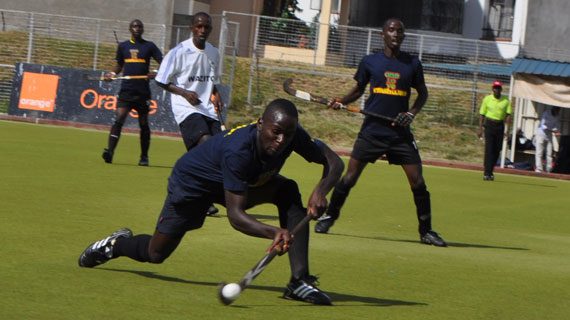 Shabaz Shah netted the winner with two minutes to the break helping his side collect their first win of the season.

This was the second successful defeat for Wazito who fell 3-1 to Kenya Police last weekend. Wazito failed to live to their tag as they squandered chances early in the match with Mike Wakugu failing to guide home a through ball from Lanex Onyango in the fifth minute.

Byron Ayigo the KCA keeper had to be called to action preventing Shah from netting on two occasions rushing out to save from the forward who had been set for goal by defender Isaac Kamau.

Approaching the half hour mark, Richard Wagema was called to action to save his side from an audacious chip from Victor Wasiche.

USIU finally broke the deadlock in the 32nd minute  with Shah redeeming himself as he rushed to smash a rebound  from a John Kabuu blocked goal bound shot.

There was no much action in the second half as USIU changed their style of play to defend the lead while their counterparts lacked creative means to break the backline.

KCA won over four short corners but could not make any meaningful use out of the same failing to even have  a short on target from their opportunities.

As the clock tickled down, so did USIU get more contended with three massive points staging time wasting tactics which revolved around either possessing the ball at  the corner flag or not being in early to release the ball whenever fouls went their way.

Match captain Alex Kubasu was nevertheless satisfied with the first victory of the season despite admitting they played way below average.

“Most of the players are just returning back to campus from holiday.One week is not enough to make the team click. Winning on the first day is important.” He said.