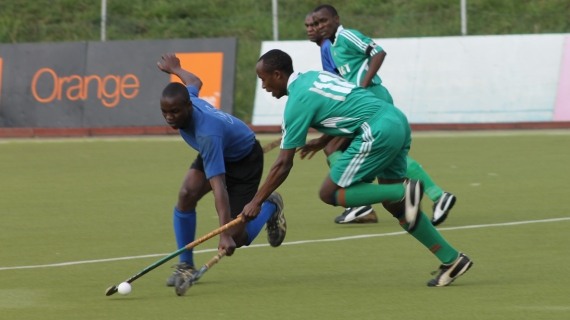 Kimathin in a past match

Brian Oweke scored late on to give Kenyatta University a 1-0 win over Kimathi University of Technology on Saturday evening at the City Park Stadium. The students from Thika road were playing their first match of the season and therefore got a perfect reprieve to the new campaign.

The first half was a deadlock as no team managed to break the other’s defense line. Oweke proved the difference deep in the second half with a drag flick to grant his side maximum points.

Captain Jim James who sat out of the match nodded the performance saying it will help them move forward.

"We can build the team following the win. I feel happier given the goal was scored by a junior player." he said