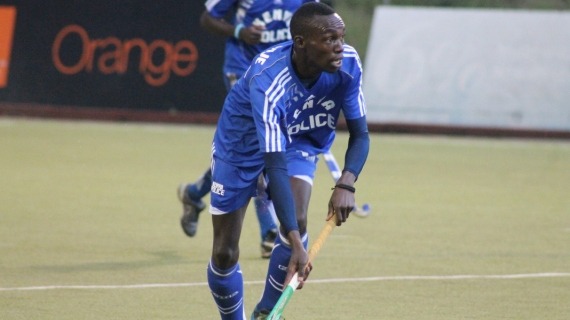 This was the first match for the two opponents after the 2013 league got under way last week. Police were clear favorites coming to this match with a hat trick of wins in the three tournaments they have taken part this year.

Forward Samuel Oungo got them kicking in the 10th minute from the penalty spot, sending the keeper the wrong way after a KCA defender committed a foul prompting match umpires to award police a penalty flick.

Kiptoo was to get a second in the 23rd minutes a goal that resulted from a counter attack from the former champions collecting the ball from  inside their own half. Oliver Ichenje picked a Samuel Wokila through ball before passing it to Moses Cheplait who in turn flicked it to the goal scorer to get the best goal of the match with a well hit shot.

In the second period Police extend t their lead with Oungo acting provider as Kiptoo slotted in with 20 minutes to go. The law enforcers’ efforts to keep a clean sheet were thwarted with KCA getting an unlikely consolation with barely five minutes to the clock. Victor Iseche was the goal scorer.

Head coach Kennedy Kaunda was nevertheless contended with victory despite feeling his side should have scored more.

“What matters is we have picked up crucial points to keep us on course to reclaiming our title. We played well especially in the first half. However,  their keeper denied us scoring opportunities. We now shift attention to our remaining 11 matches.” He said.