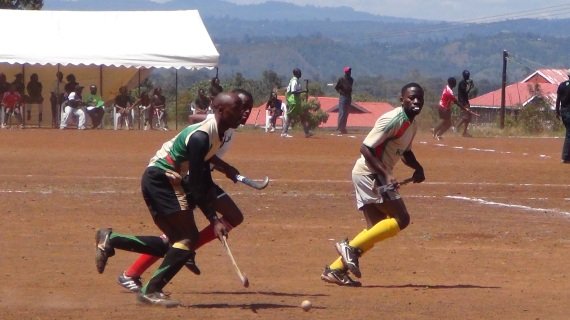 Action from the tournament

In the first semi final Kimathi B went down 1-0 to Technical University with Veterans beating MKU with a similar margin.

Only two ladies teams participated in the tournament, MKU and Kimathi. They played best of three games and drew in all of them. MKU were eventually crowned Champions after winning 1-0 on post match flicks.

Felix Ominde and Janet Gitonga both from Kimathi University walked home with the Most Valuable Player awards.

“The University sponsored the event which was of great help in making sure the tournament was a success. Our Sports Co-ordinator helped us a lot to make the event a success and we could not have done it without him. “ He concluded.