KHU elections to go on despite court injunction 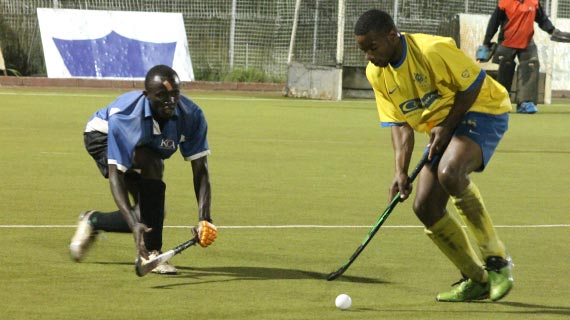 KHU elections to go on despite court injunction

The Kenya Hockey Union is set to go to polls this Sunday at the Nairobi Simba Union Club despite a section of former players moving to court to stop the exercise from taking place.

Led by George Jalang’o, the group of former players are arguing that the current officials are running the union illegally since nobody elected them in the first place.

“We need a union that has the consent of the concerned clubs and players. We moved to court to have the elections stopped and as far as we are concerned, the exercise is a Shum aimed at maintaining status quo.”he said.

The case will be heard on Wednesday at the High court.

The election that is held once every four years has already witnessed current chairman Resham Bains not seeking re-election after leading the body for the last eight years.Vice chair Nashon Randiek is expected to step up to the vacant position with former broadcaster Ellyna Shiveka expected to defend her seat as vice chair.

Nairobi Hockey Association (NHA), Secretary General, Tom Olal will try to overthrow sitting KHU secretary General, Vivian Agunda who has not come out publicly to declare her interest in vying for the same position during the Sunday elections.