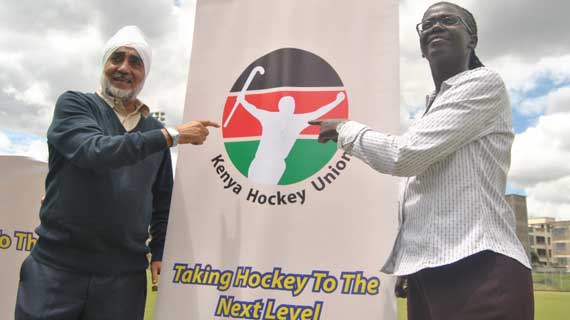 Suspended Multimedia Coach George Jalango has blasted the Kenya Hockey Union (KHU) for infringing on his constitutional right of freedom of expression while at the same time suspending him without fairness in hearing out his case.

Jalango was over the weekend frog marched from the City Park Stadium for gross misconduct which involved filing a case in high court challenging the eligibility of the current Kenya Hockey Union officials.

Apart from leaving a written letter of his suspension, the former player has not been heard by the union disciplinary committee terming the suspension by the chairman “from the comfort of his bed room as barbaric and unconstitutional.”

“You can’t run the office in such a manner, you can’t call or text such information from your comfort zone. There are official procedures.” He noted.

Jalango said every person has a right to be heard fairly before a decision is made by the disciplinary committee and not an individual regardless of the position he holds in the body.

“The right to freedom of expression is recognized as a human right under Article 19 of the Universal Declaration of Human Rights, I don’t see a reason as to why people should be worried with what I say if they believe they are on the right. I am told my utterances will kill the sport, My response of criticism is intended for good. The level of the sport is at an all time lowest and cannot get worse than it is. The country has to start playing in the world series.” He blasted

Jalango confidently said that he will not be threatened to silence by suspensions from campaigning for the truth even if it means brushing few people the wrong way.

“My desire is to see corporate sponsorship in the game, Kenya Airways, Safaricom, Breweries, Airtel, and Bamburi is what we need in the game. How do you explain that hockey is the only sport in the country which has no sponsors nor has been sponsored.” he added.

He added that is unfortunate the union is instead embezzling funds from clubs in order to take part in the league. He said the reverse is true where the Union is supposed to give support to private clubs.

“How do you explain a case where a club is supposed to pay ksh 20,000 to play in the league? Most clubs are opting to leave the league all the same. The officials must strive to put the house in order.” he said.

Jalango called upon the officials to make sure the sport does not lag behind in terms of development challenging them to put down structures that will promote continuity in the game.

“The country and the union have no youth structures with no under, 12,14,17,19 and 21 recognized players. Through such structures we are going to be a formidable national team for many more years to come.” He concluded.