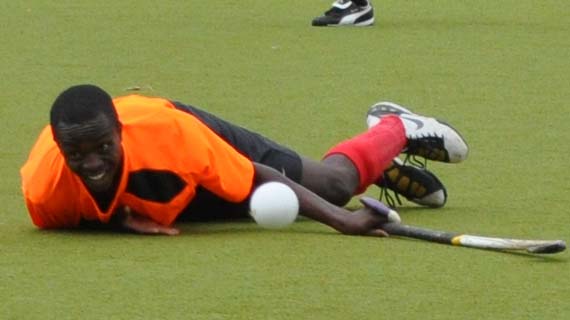 After a three week non- league action, the Kenya Hockey League is set to resume this coming weekend with a total of seven matches on the cards at the City Park Stadium.

Stealing the headlines will be the premier league clash pitting champions Nairobi Simba Union playing against the Kenya College of Accountancy- KCA on Sunday. The champions are yet to rediscover the sizzling form that saw them win the 2012 league with their last assignment being a 1-1 draw against Wazalendo.Simba have 5 points from a possible nine. The match will be played at 4.00pm.

The other match will see undefeated Greensharks with six points from three matches play Park Road on Sunday at 2.00pm.

In the women national league, second placed Strathmore University will play Multimedia University on Saturday at 2.00pm.Strathmore who are last year’s runners up will be playing their first match since the surprise 3-2 loss to Sliders.

Multimedia University will play their second match of the weekend against Sliders on Sunday.

In the men national league, second and third placed Multimedia University and Parklands will be up against undefeated Wazalendo Youth and University of Nairobi respectively on Saturday afternoon.

Multimedia then have  a chance to narrow the gap with league leaders Nakuru when they play Thika Rovers in the only men national league match set for Sunday.