Double loss for Multimedia in hockey 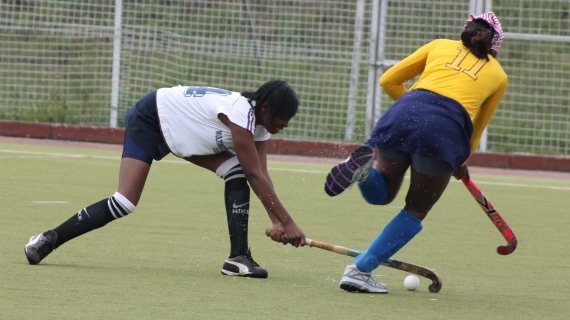 Double loss for Multimedia in hockey

Scorpions had a perfect response having suffered a 3-2 defeat to Sliders in their last assignment. They now move to second in the log with 9 points from four matches six behind league leaders Telkom Orange who have played a match more.

In the men National league, the Wazalendo Youth side made good use of their warning by halting the high riding students.

Defender Simon Olugo’s long range shot deflected off Jack Junior in Multimedia goal to hand Wazalendo the all important win for the day.

Wazalendo moved to second in the log three points behind first placed Nakuru with 15 points.

Despite the loss, Multimedia coach George Jalang’o said his players played very well and were unfortunate to be on the losing side.

“We were the dominant side for the day producing attack after another, we had chances to kill the game of which we failed to take.” He said

Captain for the day Simon Mwangi said the match was very tough which called for a special moment to determine the winner.

“It was a tough game. We mounted pressure till we got the all important winner. We were denied a clear goal. The ball went over the line. But I'm glad we rallied ourselves and scored.”Offered the winning captain.

“MMU is a good team especially in defending. They do it in numbers but I believe we were the better side today and totally deserved to win.” He concluded.