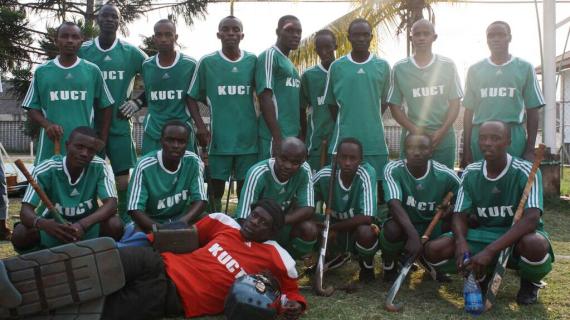 The Kimathi University ‘Titans’ Hockey club will be hosting a tournament dubbed Dedans 8’Aside  on the weekend of 1st and 2nd of June at their campus grounds in Nyeri. The main aim of the annual tourney is to elevate the level of hockey in the country. They are also seeking to give more playing time to players who do not get to play in the league.

The club wants to develop the tournament in future to act as a source of revenue to the self sponsored institution.

The tourney that will feature both ladies and men team will run for two days with registration being ksh 3,000 and no restriction on the number of teams clubs can register.

Outgoing club captain Fredrick Nyaga has indicated the club has sent invitations to all the registered clubs with the Kenya Hockey Union and all the Kenyan universities  that play hockey.

“We wrote to KHU and requested them to fix our tourney in the fixtures on that weekend in order to allow more teams participate. However we are yet to any response from them.” He noted.

There will be trophies for the winners while the club awaits on sponsors to  see if they will get money for cash prizes. The top scorers however for both men and women will get a voucher from Outspan Hotel which is in Nyeri Town.