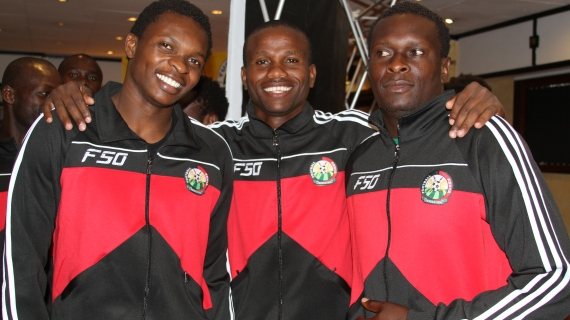 Kenya will send a team to the 2013 COSAFA Cup, according to FKF CEO Michael Esakwa. Kenya received an invitation to the 14-team tournament last week and Esakwa says they have sent a confirmation that indeed they will be sending a team.

“We have already confirmed with the organizers and the draws are expected to be done on the 3rd of May. This is a great opportunity to develop more players for the national team,” Esakwa told Michezoafrika.com.

Since the tournament will fall on the Kenyan Premier League calendar, Esakwa says they will work together with KPL to find a way to harmonize the fixtures to reduce collision, enhancing a win-win situation for both.

“We will talk with KPL to see to it that we find a solution to the fixtures. This is a very important tournament and we want our national team to participate. We have had a very good working relationship with KPL and I am confident we can reach to an amicable solution,” adds Esakwa.

The tournament will see 14 teams battle it out for the honors in Zambia. Eight teams with the lowest FIFA ranking will be pooled into two for the first round, each pool with four teams. Winners of each pool will join the remaining six for the quarter finals.

The tournament starts on 6th to the 21st of July.